Self Hypnosis a therapeutic option in Winthrop 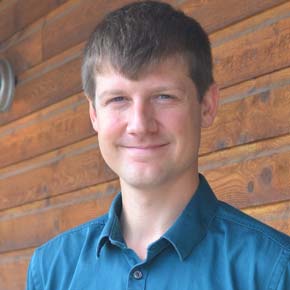 Certified hypnotherapist Kyle Northcott has opened a new practice in Winthrop, Hypnotherapy K.A.N., where, combining the techniques of hypnotherapy, self-hypnosis and neuro-linguistic programming, he hopes to help clients understand why undesirable behaviors have become ingrained, subconscious patterns, and change those patterns for the better.

Hypnosis is a natural state of mind in which deep relaxation is achieved and selective thinking is established, Northcott said. “The hypnotic state allows a greater understanding of one’s own subconscious patterns and behaviors,” he said. “It is also the state of mind that makes it easier to change and reprogram the way we think and act.”

Many people have misconceptions about hypnosis that they’ve seen in movies and on television, Northcott said. They may believe that hypnosis is mind control, or that they’ll get stuck in a hypnotic state, or will unwillingly reveal personal secrets while in a hypnotic state. “In fact, the therapeutic approach of hypnosis actually gives you more control over your mind and behaviors,” he said.

Hypnotherapy has a wide range of applications and, when necessary, should be used in conjunction with conventional medical treatments, Northcott said.

And currently, the National Institutes of Health is running a clinical study designed by the Hypnotherapy Academy of America — where Northcott did his training — that examines the efficacy of hypnotherapy in reducing or eliminating the symptoms of overactive bladder syndrome in women.

Northcott grew up in the Methow Valley and graduated from Liberty Bell High School in 1998.

He is a licensed massage therapist, and has been practicing massage privately and at Sun Mountain Lodge since 2006.

In fact, it was while practicing massage therapy that Northcott saw the correlation between what people said was going on in their lives and their physical symptoms. “I realized that I could help people more by helping them get in touch with the underlying reasons for their symptoms,” Northcott said.

He is now looking into combining hypnotherapy with massage therapy, he said. In the long term, he would like to work with other professionals in the area to provide hypnotherapy as an adjunct to counseling, psychiatry, and sports medicine, he added.

Around 95 percent of the population is responsive to hypnotic techniques, Northcott said, but one needs to have the desire or belief that they can change their patterns. “Some clients can experience deep and lasting changes in a couple of sessions,” he said, although he recommends at least six hypnotherapy sessions in order to be exposed to several techniques, including self-hypnosis.

Northcott is planning future workshops in self-hypnosis for athletes who want to improve sports performance. He is scheduled to give a presentation to the Methow Valley TOPS (Take Off Pound Sensibly) group later this month.

He is currently offering a free session to anyone who has experienced stress or anxiety due to last summer’s fires.

In alignment with HIPAA rules (Health Insurance Portability and Accountability Act), all information he receives during hypnotherapy sessions is confidential, Northcott said.

Northcott’s office is in the Methow Institute of Sports Traumatology (MIST) building at 505 B State Route 20 in Winthrop. He can be reached at 996-2027 or [email protected].